And the programme of entertainment for the day

Timed events: PROGRAMME FOR THE DAY: 2019

We are ready for the Day so come and join us.

Great new activities for everyone…

A Digi – Wall for climbing – watch for the lights – can you beat the wall?

Have a go steering a model car!

Ilkeston Brass Band to play throughout the day

All ready for another great Fun Day. Buses booked and lots of new entertainment.

This year a new venture –  a go-karting circuit for adults and children.

Watch this space for more details…….

A few of the entertainments and activities:

Greasley Parish Council for a donation and the use of the Sports and Community Centre for the day.

…the sun came out and the crowds came in. This was the best one to date…helped by the fantastic flypast at the closing of the event.

The Mayor of Broxtowe, Cllr. Derek Burnett and his wife,  opened the event, escorted by the Stormtrooper and the music from Star Wars played by the Nottingham Youth Jazz Orchestra.  Also in  attendance was the Chair of the Greasley Parish Council, Cllr. June layton.

There was plenty to entertain both young and old.  The Climbing Wall was a firm favourite as were the bikes powering the Scaletrix cars.  The ever popular Dog display amused the crowds.  The two choirs, Rock ‘n Soul Singers and the Atmosphere Glee Choir also gave superb performances. The return of the Wobbly bikes saw many attempts to master them, and caused much laughter.

More classic cars attended the event some of whom went for a WW2 theme.

The red London buses ferried people to the other venues; the timetables worked really well this year and the venues reported record crowds.

Once again the Scarecrows through Moorgreen provided a bit of fun as people walked from one venue to the other.

And the sun continued to shine….

Then at 2.33 precisely the engines of the Hurricane were heard.  It circled around the event 3 times, dipping his wings on the last lap, before he flew towards Langley Mill. Whilst the band played appropriate music.  A wonderful sight and a great finish to the day.  The Hurricane was also seen over the other venues – Greasley Parish Church, Horse and Groom and Beauvale Priory.

How can we top that…we could try again for a Flypast for next year!

Our thinking caps are on and we have already different things up our sleeves. 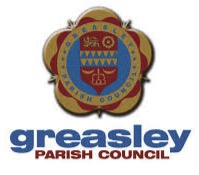